Hot off the Press, three poets with brand-new books from Four Way Books 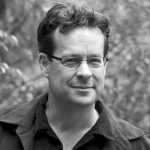 Kevin Prufer, The Art of Fiction

In this his eighth collection of poetry, Prufer’s career-spanning talent for estranging the familiar—and for recording the unthinkable with eerie directness—recurs, enhanced and transformed by the collection’s meta-level attention to the role of fiction in our civic lives. Prufer describes, often through personae, a near future, tracing the political gambit of Fake News and the role of the imagination in our self-understanding, (whether it’s cogent or delusional.) Prufer aims to understand the ugly-casual atmosphere of our often racialized, pervasive distrust. 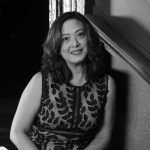 Angela Narciso Torres, What Happens Is Neither

“What Happens Is Neither / the end nor the beginning. / Yet we’re wired to look for signs,” offers the speaker of Angela Narciso Torres’s latest collection, which approaches motherhood, aging, and mourning through a series of careful meditations. In poems set in two countries and homes, Torres considers what it means to leave a mark, vanish, and stay in one place. In a profound act of recollection and preservation, Torres shows us how to release part of ourselves but remain whole. 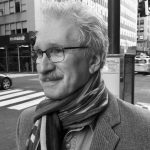 Reginald Gibbons has eleven poetry collections. His selected poems in translation were published in Spain, Italy, and France. In Renditions, Gibbons conducts an ensemble of voices, using an international selection of writers as departure points for his translation/transformations. Renditions poses the idea that all writing is an act of translation, “translating” observation into word, or moving ideas from one language to another. The poems are imbued with a sense of homage, allowing us to reimagine the borders of language and revel in the fellowship of idea sharing, the “underthoughts that we can (all) sense:” desire, love, pain, and fervor.

There are no upcoming events at this time.

The Loom has partnered with Fractured Atlas to enable charitable financial support to the project.